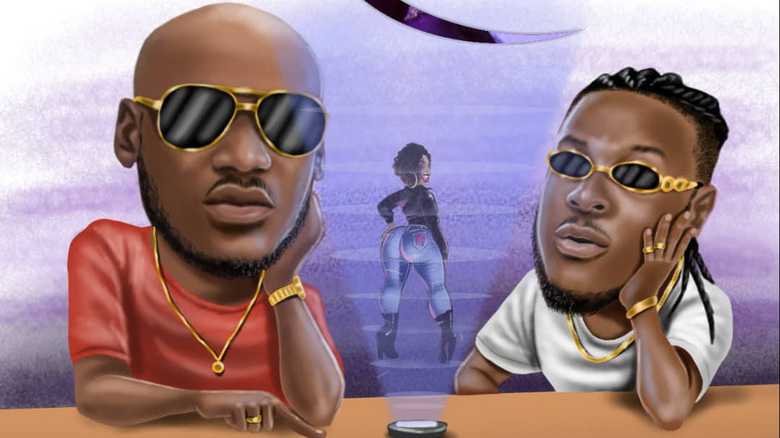 2Baba Is A Flirt’s Advocate On “Amaka” + Music Video

Finally some new music from the legendary 2Baba. Just so we know that he isn’t tired or retired Innocent Idibia drops “Amaka” for all those anticipating to hear his vocals over some beautiful beats. The Hypertek Digital boss is a career goal for many many Nigerian artists, with over 2 decades of exceptional music success. One think 2Baba has been able to master is his ability to reinvent himself. He has been able to adjust his music to fit the demands of the much younger generation of music lovers who are thirsty for materials from younger successful artists.

Here are my thoughts on 2Baba’s “Amaka” which features the vocal services of DMW star Peruzzi.

It’s clear that the “Shaku Shaku” area is rapidly fading away. At least Nigerian artists aren’t focused anymore on making music centered around the “Shaku Shaku” vibe. Hence, 2Baba’s new jam isn’t in anyway hinged on the shaku thing as a leverage for commercial success.

Still finding a way to keep up with the young stars, employs the help of emerging music Speraoch Beatz who cooks a mid tempo beat for this jam. The high point of “Amaka” is not in the excellency of the beats but more about the lyricism.

The lyrics are not ambiguous but very sincere and straightforward. It expresses the common frustration encountered by high testosterone driven males in search of moments of intimacy with the opposite sex. More often than not the ladies symbolized by “Amaka” never fail to disappoint by not showing up. The lyrics spells it out just the way it is. 2Baba is expressing the disappointment of most dudes out there. He does it with nice puns & punchlines.

These excerpt says it all.

I like woman, I dey straight forward
I like truth and I dey rock rumours eh
I don’t know wetin you want to do
But make you let me know if you go show up eh

Overall, “Amaka” by the legendary 2Baba is a jam. He rises to the occasion as an advocate for the philander. Peruzzi is fast proving himself as the next music big shot, he is obviously on the right track.