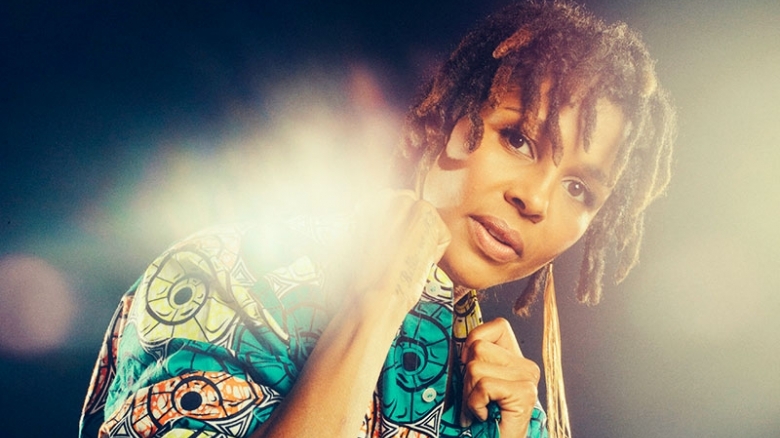 Ayo on musical rebirth, self-reflection and her new Album 'AYO'

With four records already under her belt, Nigerian-German singer Ayo is preparing to launch her self-titled fifth album, AYO. The 14-track record will be released 6th October and aims to seamlessly blend folk reggae, pop and hip-hop with soul-infused vibes.

“My previous records were me, but this record is all of me,” says Ayo. “It’s like a new beginning where I can truly be myself for the first time without having to explain my mission, or myself.”

Ayo has sold 1.5 million records in 40 countries across the globe, but her latest album delves a little deeper into her own life; she comes face-to-face with her personal demons in a selection of disarmingly raw tracks, including “I pray” and “Nothing”.

Seeped in positivity, light and emotion, Ayo is pushing the album as a record “for people who want to feel…just to feel and simply be.”

The listener is taken on an emotional journey from the innocent hopefulness of young love in the first track, “I’m a fool”, to the self-reflectiveness of “Nothing”, desperation in “I Pray”, and the stripped-down, heartfelt nature of “Why”.

“I got my musical wings in Paris,” says Ayo, who spent ten years living in the City of Lights, on-and-off. Her lovesong “Paname” pays tribute to this time in her life. “It’s about my Paris – not the Champs-Élysées part which is very rich,” she says,”My Paris is when you know what its like to jump the fence at the Metro. My Paris is rich in African and Jamaican culture.”

The newly-released “Paname” music video is directed by Ayo herself.

You can watch it below.