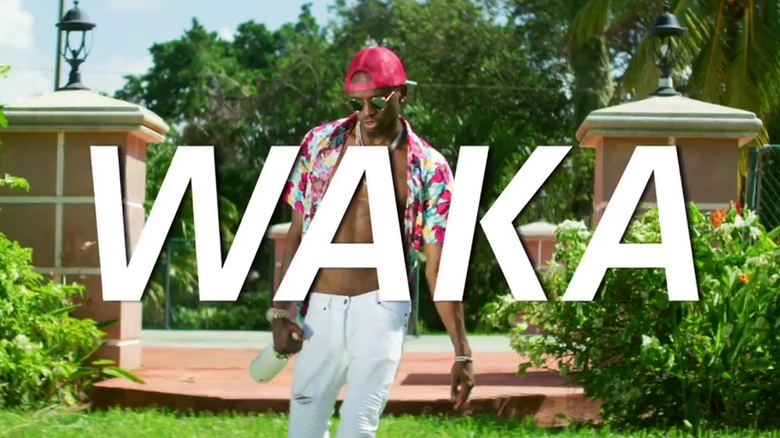 The Tanzanian artist is known for tracks that speak of love and heartbreak. However, ‘Waka’, which is a 180-degree shift from this norm, is about popping bottles and getting high.

In this song, Ross, who is known for his unhurried style, raps about running with the young kings – such as Diamond – who are taking over the music industry and getting high on Belaire Rosé champagne.

‘When you see black bottles it’s time for lift off... / Belaire here, Belaire there / We got to have Belaire everywhere / Bottles on ice, balling all night / Black Ferrari boss stepping out in all white / No it’s not a secret meet me at the top / Black bottle boys we’ll never stop’. 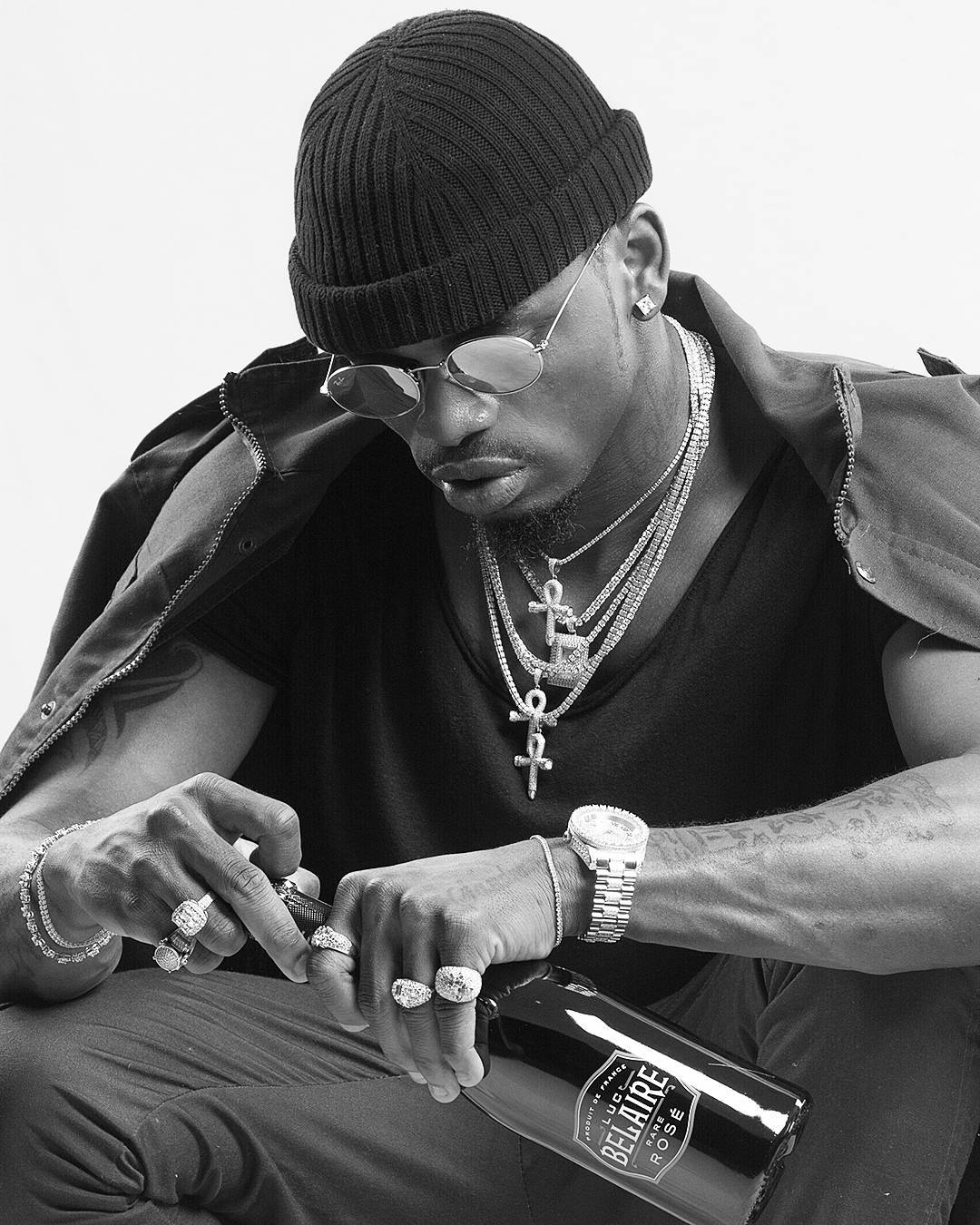 The video opens with a shot is of a blue sky lined with palm trees, which is followed by an aerial view of a sprawling mansion. Ross slowly steps out of it holding a champagne bottle. He makes his way to the pool where Diamond, who is surrounded by women clad in bikinis, is singing.

The scene changes to an entertainment room in the mansion – most of the shots in the video alternate between this room and the pool. At one point, Diamond is cosying up to a woman on the couch and, on a table in front of them, several bottles of champagne are chilling on ice. At another, he’s seated on the counter holding a bottle of Belaire Rosé as women dance around him.

This is a party song and Moe Musa, a Nigerian director, didn’t pull any stops. Drinks are flowing and the artists and the women look like they are enjoying themselves. They were going for prestige, which the mansion represents. For dramatic effect, Musa used slow motion in some scenes.

‘Zigo’s’ video, which was a collaboration between Diamond and fellow Tanzanian artist AY, was banned by Tanzania Communications Regulatory Authority. ‘Waka’ might suffer the same fate as there are scenes, like the one where a woman in a bikini is repeatedly slapped on her bottom as she dances, that might be frowned upon.

With its bass-heavy beat, you know that this is going to be a club banger. However, some lyrics on the track aren't original. ‘Oh you should let me love you / Let me be the one to’ is a line from Mario Winan’s song, ‘Let Me Love You’. There are also fragments of The Fugees’ ‘Oh La’ in ‘Waka’. From the line, ‘F*ck*ng like nobody / Sucking your whole body’, it is clear that some of the song’s lyrics need to be censored. Thus, the track should be R-rated.

This collaboration shows Diamond’s versatility, but other than waka, the track has very few Swahili words which include: ‘Bao kwa kila mechi kama Maradona / Na tukishawaka then we sing along’ (Scoring at every match like Maradona / After getting high we sing along). Unlike ‘Number One’, ‘Marry You’ and ‘Love You Die’, some of his big collaborations, this track lacks that bongo flava feel, which is the magic sauce that makes Diamond stand out. It is heavily influenced by American hip hop, rather than bongo flava, which the Tanzanian artist is associated with.

Ross has an endorsement deal with Belaire Rosé and Diamond was recently unveiled as its brand ambassador. Even though it is a party song, they went overboard with product placement in the video. Companies pay artists to mention their brands in their songs. American artists such as DJ Khaled and P. Diddy are known to include their own products in their music. DJ Khaled promotes his headphones while P. Diddy pushes Cîroc vodka. Waka looks like a video that was purely made to promote Belaire Rosé.