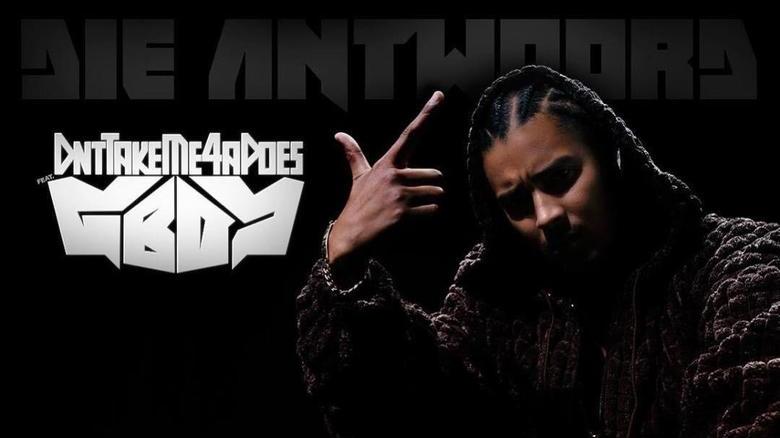 The dice are thrown, it is the last straight line that announces for Die Antwoord. The South African group that has imposed its freak-rap-tek around the world is about to close the adventure in apotheosis, with a long tour in Europe and America, and especially a final album  "House Of Zef", which, according to the running noises should be composed of 27 tracks and a max of featurings, with South African and international artists.

The first of the protégés that Die Antwoord wants to put forward, G-Boy, comes from a fishing village. Sticky mats falling on the nape of the neck, quickdraw of the type that has seen other, the young G-Boy finds himself propelled on the airwaves around the world by signing a featuring high fly with pioneers zef rap.

The title is called "DntTakeMe4aPoes", and suspends brilliantly the tension of an atmosphere between two waters to the lips of G-Boy, before Ninja come to take over with darkness.

The clip, directed by ¥o-Landi Vi$$er, is a reflection of what Die Antwoord has accustomed us to.