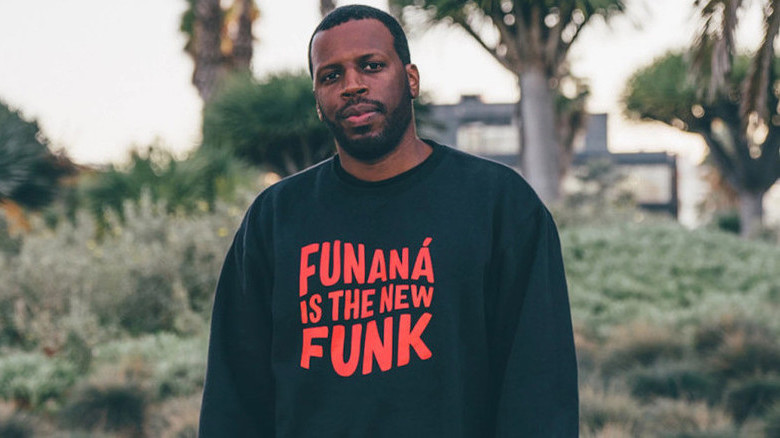 After seducing us with Sotavento, his EP, the singer and musician from Cape Verde, Dino D'Santiago, is back with a new album, Kriola, in which he infuses all the flavours of Cape Verde of course, that of morna and funana, but also those gleaned from his life as a young immigrant in a cosmopolitan Portugal; that of kizomba and rnb, hip-hop and afrobeat!

With Kriola, we are immersed in a bath of synthetic sweets that the new star of the urban Portuguese-speaking and African scene. A small album of only eight tracks that wastes no time, and goes, with sensuality, to the essential. And in this great dance, necessarily tightly bound together, Dino D'Santiago succeeds in taking in his Creole furrow a few artists who came here to get caught up in the game of featuring. Thus, we find Vado MKA on "Nhôs Obi" which closes the album, and Julinho KSD on the formidable title of the album "Kriolu", which has a prod signed by Branko and Pedro.