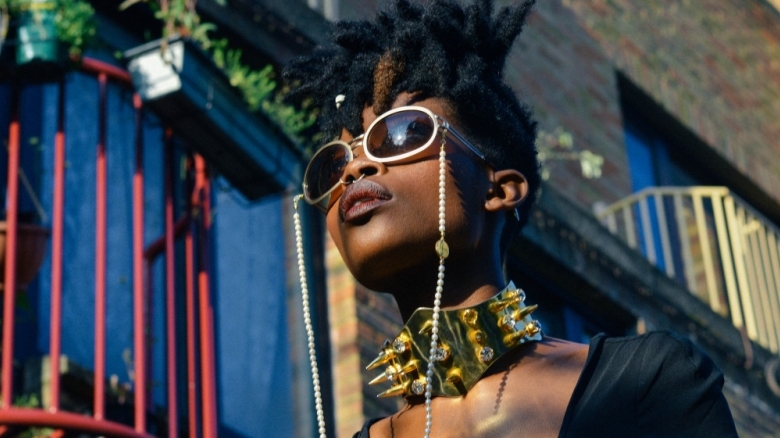 Jojo Abot on expression, inspiration and her southern African Tour

Expressing herself through music, film/photography, literature and performance art, Jojo is intensely artistic and breathes cultural and intellectual depth, an otherworldly perspective and an innate sense of edge into all of her mediums.

You might have encountered her in the ethereal video of Hex or in her spunky collaboration with the Kenyan creative scene.

Fyfya Woto is the title of her EP and the theme for her on-going project exploring issues of self and identity.

Jojo headlines the Southern African Music Festival Circuit (SAMFC) together with artists like Baloji, Ray Phiri, Thandiswa Mazwai and Petite Noir  with performances at the Azgo festival, Maputo on May 20; the Bushfire festival, Swaziland on May 26 – 28; Zakifo Festival, Blue Lagoon Beach, Durban on May 26 – 28; Bassline Africa Day Concert, Joburg Expo Centre, Nasrec, on 27 May and Sakifo Festival, Saint-Pierre, Reunion Island on June 2- 4.

Currently in New York as a member of New Museum’s Incubator Programme, New INC, Jojo is in the Afropunk NY line up on August 26 and is also preparing to support Ms Lauryn Hill on her up-coming tour.

Is this your first Southern African Tour? What does it mean to you to be doing it?

It means an opportunity to expand on knowledge of the diverse cultures of Africa but even more importantly, it offers an opportunity to connect with the heart and soul of many generations of rebels, visionaries and change makers.

You have worked with Ghana and Kenya’s independent creatives. Are there any Southern African artists you’re keen to work with?

I think a lot of my earlier inspirations were fueled by what was coming out of the Southern African region. Artists like Thandiswa Mazwai, Simphiwe Dana and Mthwakazi are forever at the top of my list of dream collaborations.

I appreciate bold, rebellious, unapologetic art that comes from people and places that are spirituality lead in their expression. I often find that it has greater impact when the music courses through you and you are possessed by your visions, manifestations and desires for a better world. These 3 artists listed, stand for something greater than themselves and so their music in turn inspires change and action. For me that is the Holy Grail. When the artist is the source from the inside out. Never mind the fact that they are incredibly gifted in lyricism, composition and stage performance. Bringing fire every single damn time!

You are proudly Ewe. Can you share with an outsider, what within your culture is the essence of that pride and how that translates into your art? For instance I read that Ewe instrumentation is largely percussive. Is this something that has a place in your creative process perhaps?

I think being Ewe serves as the foundation on which all aspects of my identity stand. Being Ewe to me is a spiritual identity that goes beyond language, dance and music. To be an Anlo in particular is a point of great pride especially knowing the resilience of my people in their migration while escaping Togbe Agorkoli, a king who ruled with hatred and fear in Notsie many moons ago. With creativity, they walked backwards to escape a life they did not want at the risk of losing their heads. My people believed freedom and liberty to be something the underdog could cunningly achieve. The Anlo culture and way of life maintains an air of royalty and strength that I do not often find in all cultures. You’d have to experience it to know what I mean.

Fyfya Woto touches on issues of love, slavery and choices a woman makes in those tumultuous situations. I believe Fyfya Woto is based on the name of your grandmother and portions of her story form part of the music. Can you elaborate on the concept of Fyfya Woto, the impetus behind it and some of its overarching messages?

Well that is a very large conversation but I will aim to simplify. FYFYA WOTO is a rewrite of my grandmother’s name. Since being inspired to adopt it as a title for my EP, it has developed obsessively into the overarching theme and growing philosophy for my work and perhaps in many ways is manifested as a formidable, multi-dimensional character.

The EP tells the story of a young Anlo woman, FYFYA WOTO who is caught in a compromising situation with her Danish lover in a time of slavery and clear divide. The narrative explores the dynamics of their love as well as the punishment they received for their indulgence as an entry point into deeper conversations around identity, spirituality, racial dynamics and the evolution of human exchange, empathy and tolerance. The EP makes reference to cultural beliefs and myths that have been passed on for generations especially as it relates to the West vs Africa while maintaining a sense of humor and mystery in the fusion of language and sonic landscapes. The message is simple at the core, we’ve come so far and yet have so much further to go… 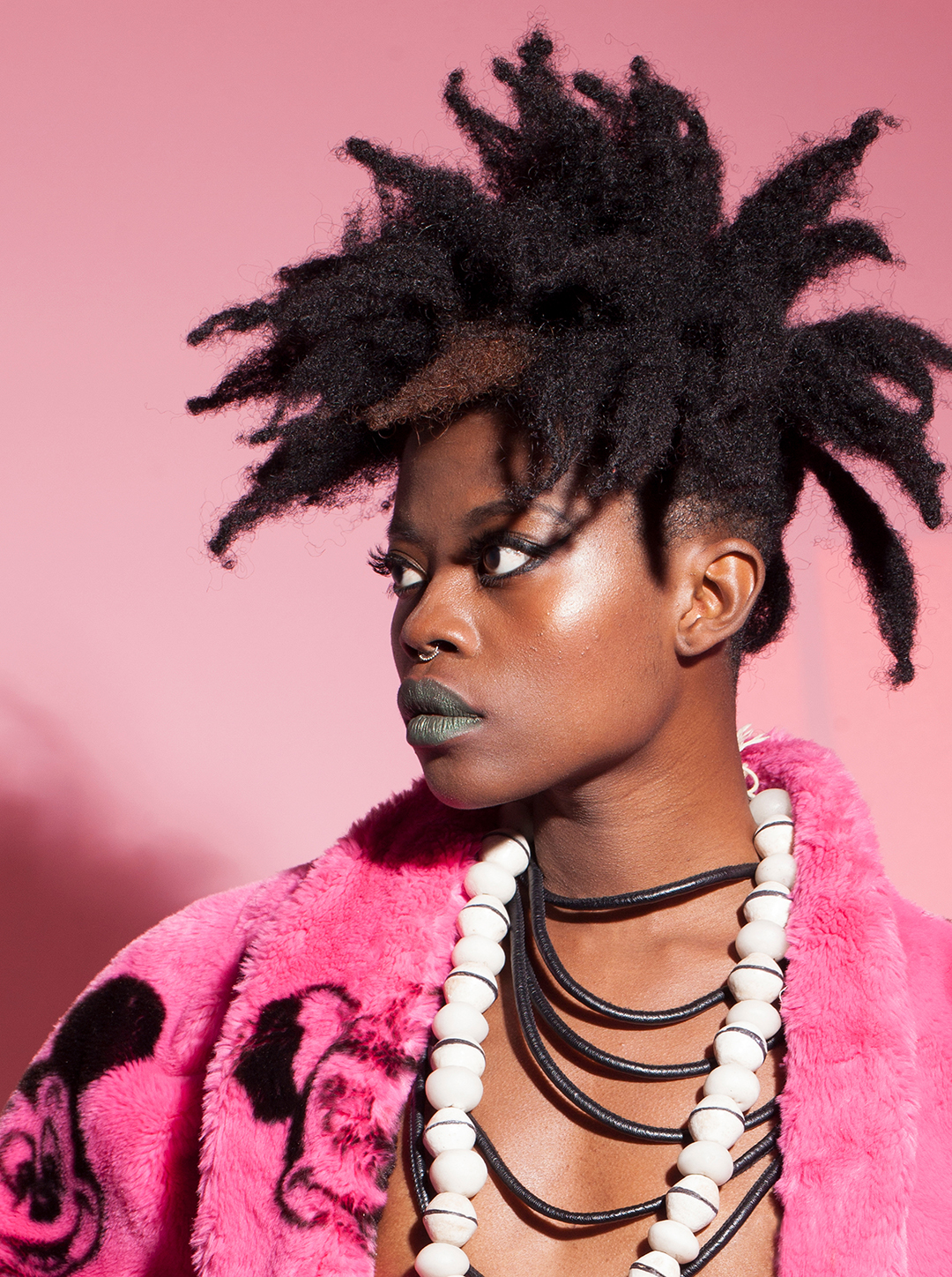 What entails being part of New York’s New Museum’s Incubator programme and what are its impact on you?

NEW INC. is a program for artists whose work is at the intersection of art, design and technology. It’s a business development program supported by a diverse community of creatives.

Being in the space has given me the chance to focus on projects I’ve been itching to do for a long time and pushed me to create and explore mediums I was once overwhelmed by. Our community of talented, innovative, inspired young creatives, past and present also helps to unlock a lot of the potentially perceived blockages in my process. Often inspiring new ways of approaching and executing my craft while being mindful of functionality, durability and quality. Being in this program helps me think bigger and work harder.

Ms. Lauryn Hill is a unique gem and force of spirituality and creativity. Human as she is, her music shows you her God side and empowers you even in vulnerability. Her use of language inspired by age long wisdom is something to be admired. She is a teacher. Beyond all that, to see her lead a 30 member band for 85 minutes is an experience like no other. In those moments I am in awe of her skilled musicianship in composing and performing the art as well the fire and strength she exudes in what could be perceived to be her sacred throne up on stage. She is magic and I am forever honored to be on the road with her.

Heal, Be love, Be loved