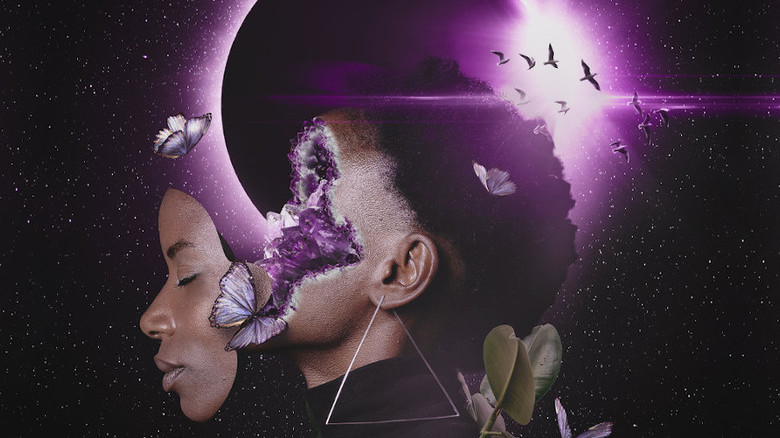 "Journey to the Cosmic Soul", Lady Moon plays in the stars of funk (Album)

Led by the Congolese singer Ngonda Badila, the New York funk band Lady Moon & The Eclipse are still making their mark and have launched the engines of their very funky rocket, to take us on a new journey, in a new album, Journey to the Cosmic Soul. Direction the moon, of course, the sun, and the cosmic immensity!

Behind the powerful bass, the crazy cavalcade of percussion, the spatial swifts of the synths, the unity of the backing vocals (provided by none other than Lady Moon's sisters), behind the panels of this rich album divided into astral phases, sun, new moon, full moon, earth... behind it all we find the pulsation dear to the band, that of funk, that of soul. It's also the pulse of a great dance in space and time, where, between that star over there locking its movement, the moon making scoubidous, and the sun gliding on the dancefloor, you can feel the influences of the group's icons, icons at least as radiant as the stars eclipsed on this album... Aretha Franklin, Stevie Wonder, or other Michael Jackson 5 period!

Lady Moon & The Eclipse – Journey To The Cosmic Soul :