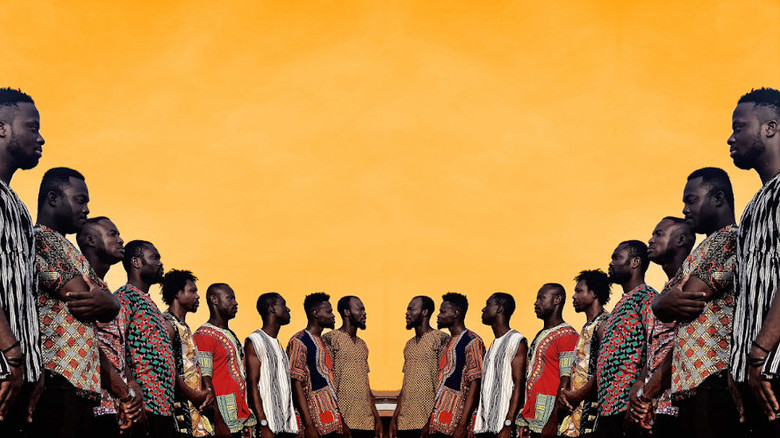 Listen to "Alewa" by Santrofi, the Unavoidable New guard of Ghanaian Highlife

My first one has made his music resound throughout Africa and remains unknown, my second one is famous but has never released an album yet, my whole thing strikes a chord, that of highlife, and makes the deep pulse of Ghana vibrate... who am I? That's easy! The new Ghanaian band that is all the rage in the city and in the country... Santrofi !

Santrofi was born out of the meeting of eight musicians who have swarmed the African scenes alongside anyone... and don't see this as a sign of condescension, but you have to admit that the members of Santrofi are also forming alongside highlife legends like Pat Thomas, Ebo Taylor, or Gyedu Blay Ambolley, than punching a hit azonto with Sarkodie, or hiding out on the tour of Nigerian superstar 2Face Ibidia... versatility! But these eight guys, all eight of them blessed... when it comes to instruments and brass instruments, have a common passion, that of highlife.

And when they meet up in Santrofi - named after a rare bird and symbol of luck from the Akan mythology, a bird with colourful colours and four wings... a dragonfly? - The eight men, led by bassist and producer Emmanuel Ofori, make the crowds and guitars dance, make the brass and the dancers sweat, and their voices languorously wrap the microphone and the delighted listeners that we are! And while the name of Santrofi is starting to resonate here and there among festivalgoers, music professionals, and other music lovers of all kinds, while they still haven't released a record... the band is about to make up for this shortcoming by releasing Alewa, a little sweet record to be released by Outhere Records, a little highlife berlingot, their first to mark vinyl... and probably not their last !