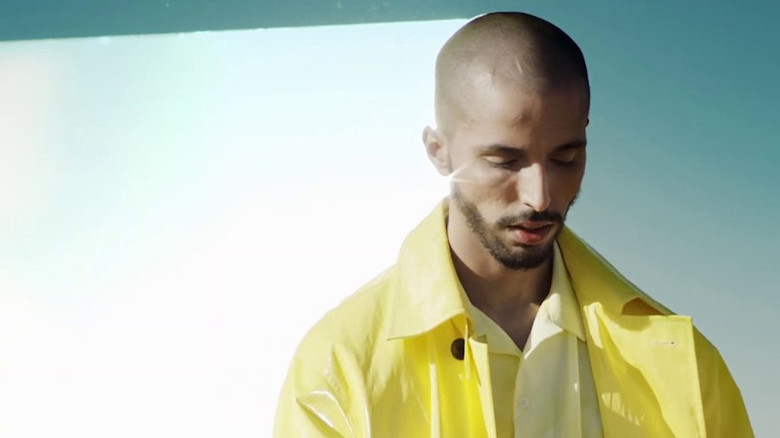 Tawsen, the young Moroccan peacock and the wave in the desert

In the hard world of urban music, it's hard to make one's place... some choose to compete in violence, throwing death threats against the police or such and such a journalist, some mate with electronic music and sample Congolese guitars, others drown in the autotune and egotrip... each one has his own little trick to stand out! And the Belgian-Moroccan rapper and singer Tawsen has also found his way, but rather than just one more trick, the young artist has managed to carve out a furrow, perhaps more discreet, but deeper, where he can give free rein to his fusions between hip-hop, chanson, both Moroccan and French-speaking, RnB, and urban pop... a furrow that we're only just beginning to discover the extent of!

So on his latest album, Al Mawja, the wave in Arabic, we discover a sound and a soft voice that comes, with lyrics that are not so silly, that don't drown in the moula nor in an egotrip in search of virility, rocking the shores of Tawsen's art. The synthesizers float, borrowed from the new French song, the beats remain incisive, and Tawsen comes to deploy his texts - intimate texts that speak of love and neighbourhood, of break-up and dreams - and his voice, like a peacock, does the wheel... ah yes, it should be pointed out that Taws, which is his real surname, means peacock in Arabic.

And this sparkling wheel, he comes to deploy it in a new clip, that of his title "Habibati", and on a very singular land by investing, not the San Matteo district in Lombardy where he grew up, not the district of Brussels where he spent his adolescence, not his city of El Bourouj in Morocco... no, but not far from the latter, this sandy and rocky land of the Agafay desert, not far from Marrakech. So we set off at the foot of the Atlas Mountains to find Tawsen singing his "Habibati", crossing the tune of the famous hit by Samira Said and Cheb Mami, "Youm Wara Youm", all illustrated in a pretty visual by Guillaume Doubet and Marie Brisse.